The Staff of the FOA 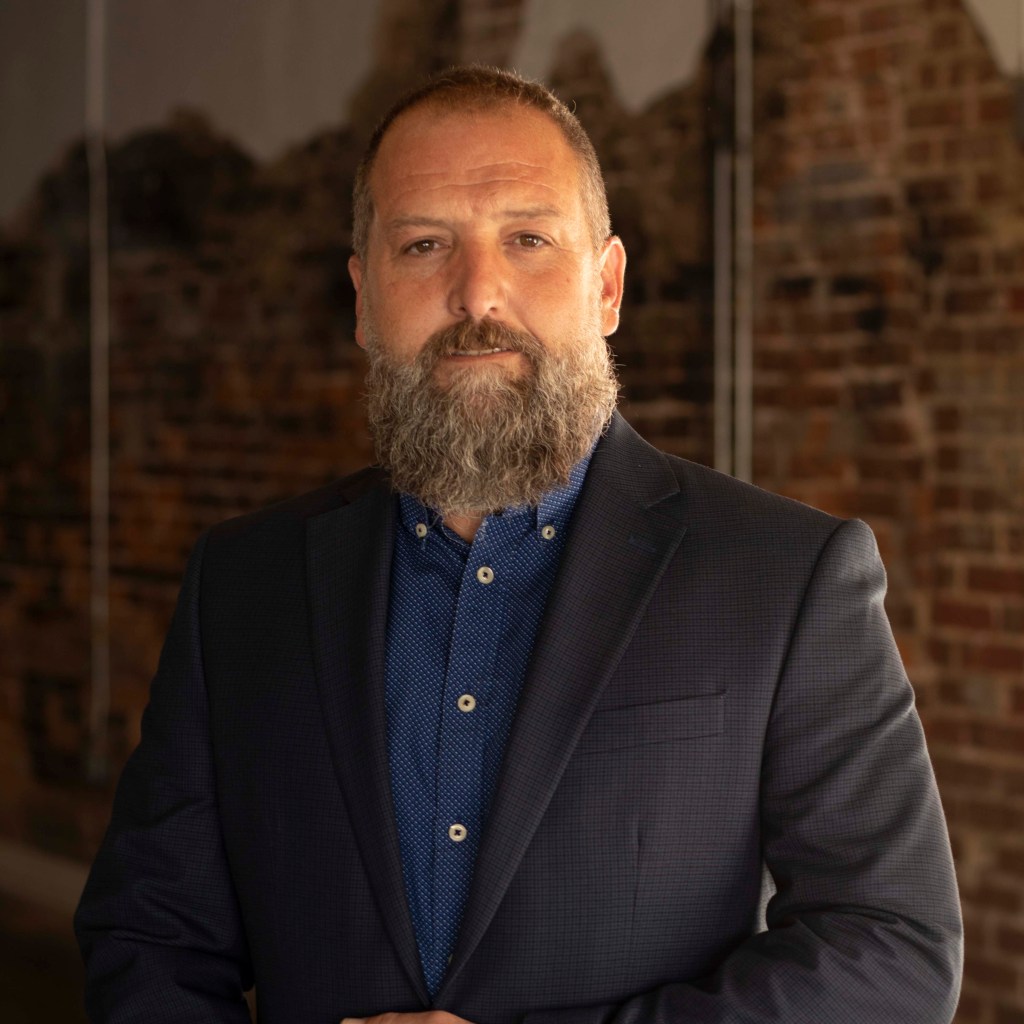 Born in Kingsport TN and raised in Jonesboro AR, Mikel has 20 years of progressive experience in management Production, Quality, Safety, and Cost Control for large distribution and manufacturing centers in the Arkansas area. He is also a musician, vocalist, and visual artist. When asked about his passions, he says “I love everything art and the power it gives to vent, influence and endless ways of expressing oneself, forever expanding ones growth. We are all Artists.” 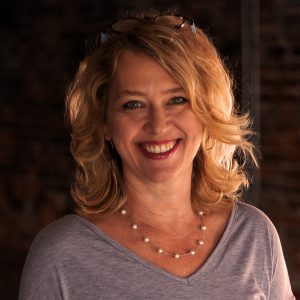 Before the FOA, her previous experience was in academia, where she spent years as a high school teacher, then an instructor at Crowley’s Ridge College and at Arkansas State University.  Her passion for communications, community, and education has helped the FOA expand its important “turn no child away if at all possible” outreach component, grow enrollment and increasing theatrical productions, ticket sales and sponsorships. Under her leadership, the FOA doubled their volunteers, peaked patronage and financial reserves.  She is a strong proponent for her first love, theatre, and advocates often for what she calls “theatre-done-well.”   In addition, her vision-casting began the myriad of event partnerships the FOA participates in, including Oasis Arts and Eats Fest, Oasis Film and Digital Fest, Perspectives Art Contest, as well as First Fridays at the Forum concert series.

Kristi holds both a Master’s and Bachelor’s degree in Communication and Theatre from Arkansas State University, and remains an active Red Wolves fan.  She is a licensed Creative Success Coach and Executive Communication Coach, and she is internationally certified in both areas, working with clients from around the world to help them find success.  She is also credentialed as Certified Non-Profit Executive (CNE) through NANOE (National Association of Nonprofit Organizations and Executives) and is a Consultant for NDI (National Development Institute). 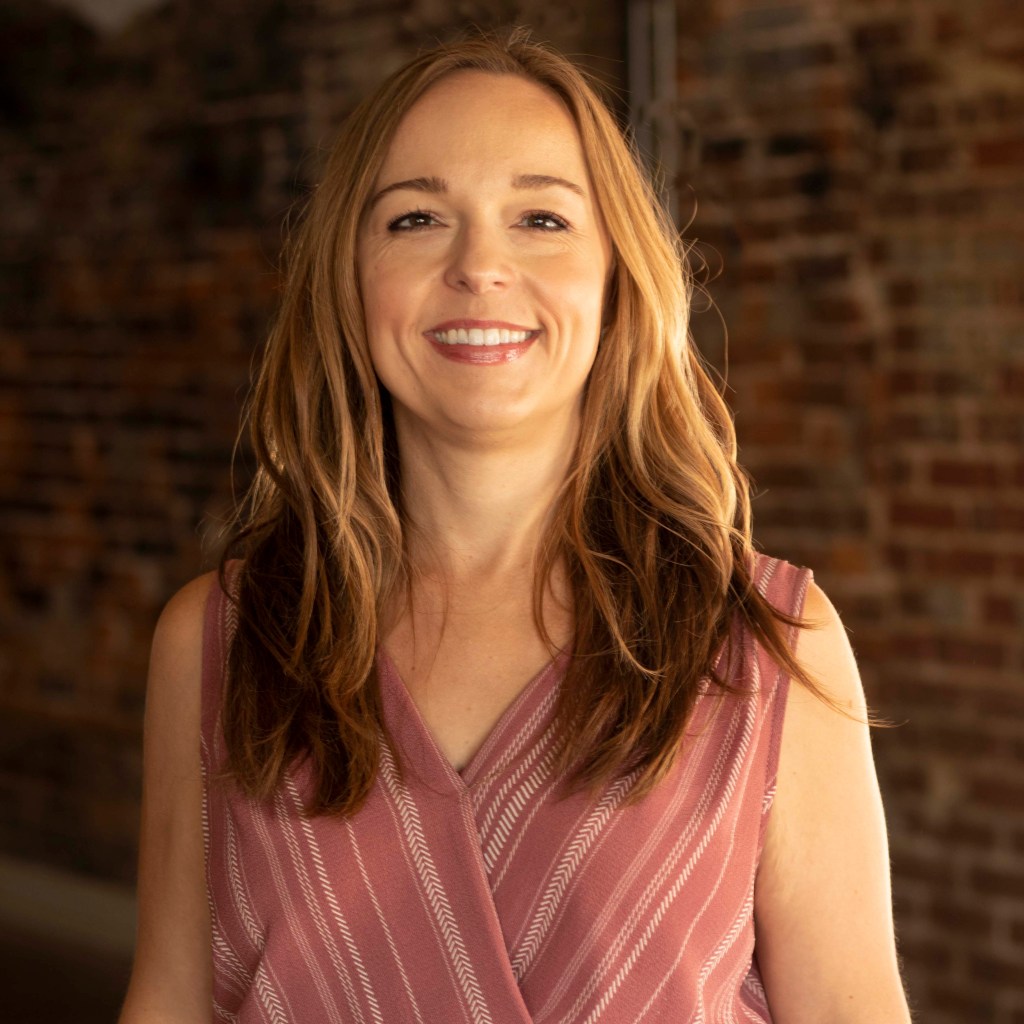 Meridith joined the FOA staff in 2016, though she has been around as a volunteer since 2010. A former 3rd grade teacher with Nettleton Public Schools, she holds a Bachelors in Early Childhood Education and a Masters in Educational Theory and Practice. She also owns Lolly Gourmet Popsicles in downtown, Jonesboro with her husband Russ.  She is the mother of two children, ages 6 and 8. Aside from her love of theatre, she enjoys cooking, travelling, and helping to make a positive impact in our community through the arts. “Alone, we can do so little; together, we can do so much” – Helen Keller 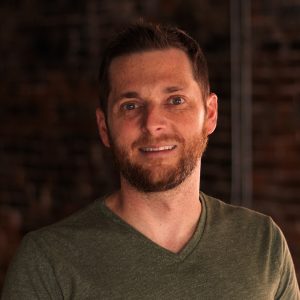 J.R. has been volunteering with his family since 2011 and joined the staff in 2018. JR’s primary role at the FOA is set design and building, but you might also see him filming promo videos and problem solving all things tech! He holds a degree in Radio & Television Production from Arkansas State University. With over a decade of experience in telling stories through photography, video, and design, he’s excited to share this passion with the community at the Foundation of Arts. In his spare time he enjoys working outside in the garden and tending to the family’s chickens.

Morgan Pruitt, Office Manager
Email
Morgan joined the FOA family in June 2020. That’s right! She started a new job in a new town in the middle of worldwide chaos! Morgan grew up with community and school theatre pumping through her veins in Searcy, AR. That is where she graduated from Harding University to receive a B.S. in Family and Consumer Sciences. If she isn’t singing along to whichever musical soundtrack is blasting through the Forum lobby, you might find her doing the Hokey Pokey with a Stepping Stones class or hiding away in her office awaiting to sell you tickets to our next show! 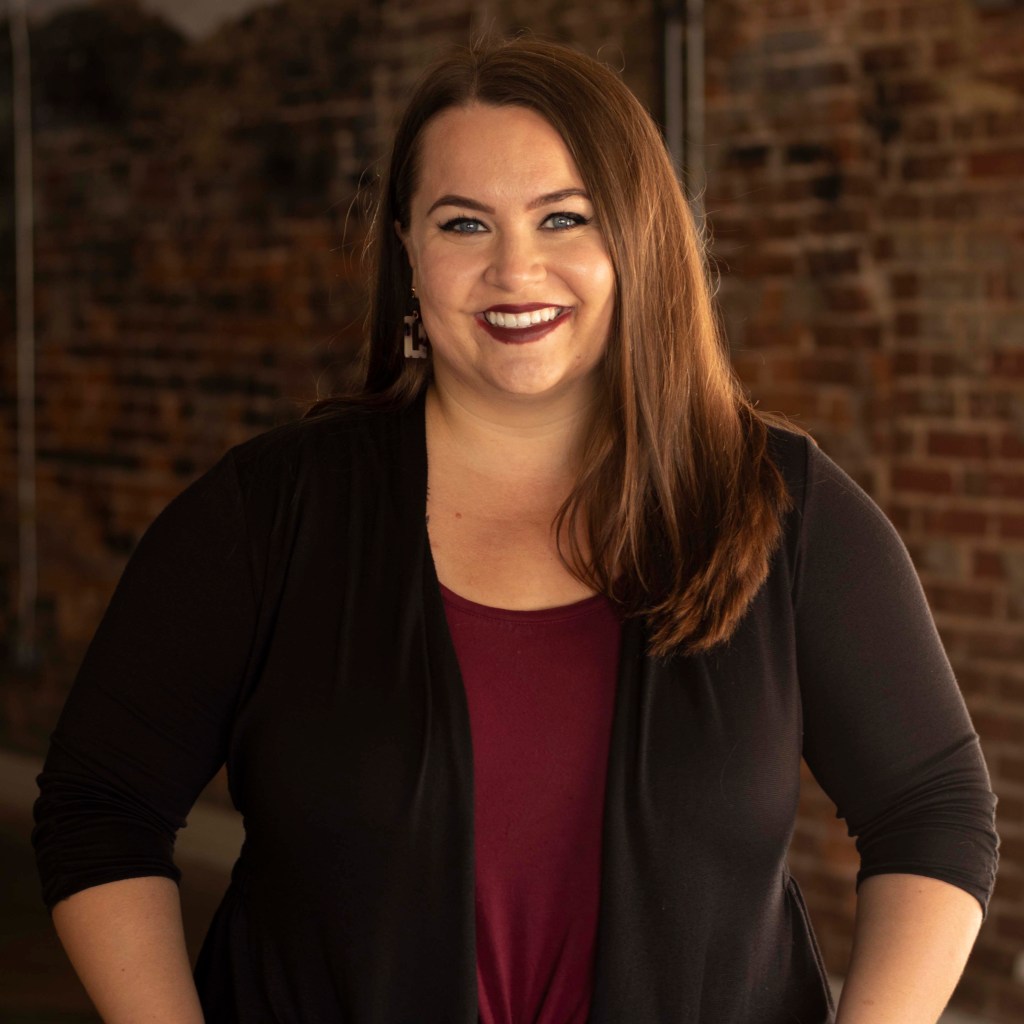 A native of Portland, Oregon, Emily Jenkins is a pianist that specializes in musical theatre, art song, and opera while regularly collaborating with professional singers and ensembles around the midwest and south. She owns and operates Jenkins Piano Studio and frequently performs as a worship accompanist/soloist at area churches. She holds a Masters of Arts degree from the University of Missouri-Kansas City Conservatory of Music and Dance and a Bachelors of Arts degree from Goshen College (Goshen, IN). In her spare time, she loves to cook, listen to true crime podcasts, and take walks with her dog, Lucy. 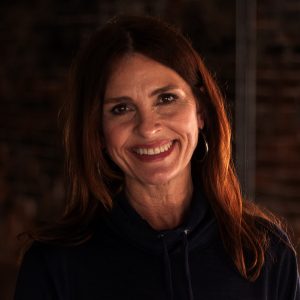 Kelly is a graduate of Arkansas State University where she received B.S. in Accounting. She also holds a license in I.P.A. and navigates people through the new federal and state insurance laws. 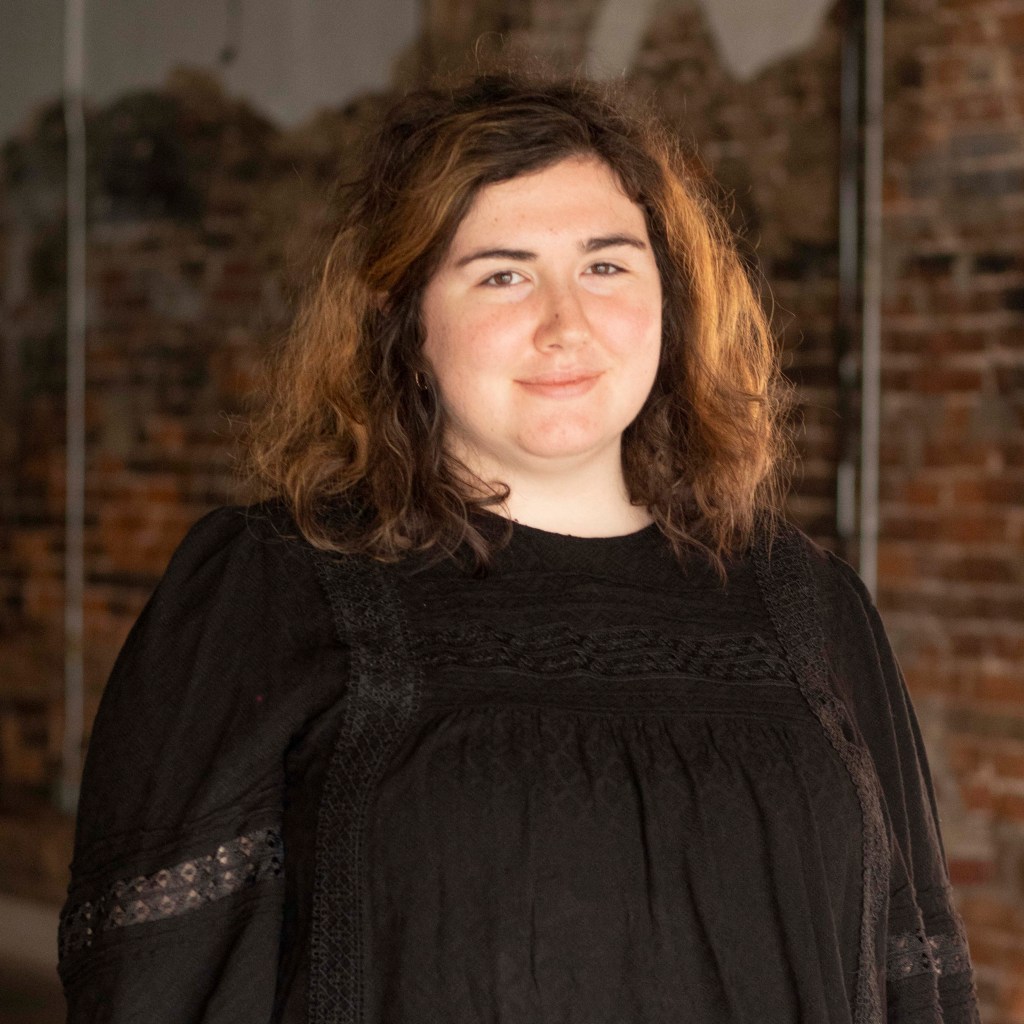 Kaylin is a Paragould, AR native. She met her high-school sweetheart though community theatre and later attended Southeast Missouri State University in Cape Girardeau, MO to earn her Bachelor of Arts in Theatre. There she directed, acted, and dabbled in tap dancing. When she’s not behind her desk in the Arts Center or being Morgan’s shadow at the Forum lobby, Kaylin enjoys being with her family and friends, eating out too much, and taking too many pictures of her pets. 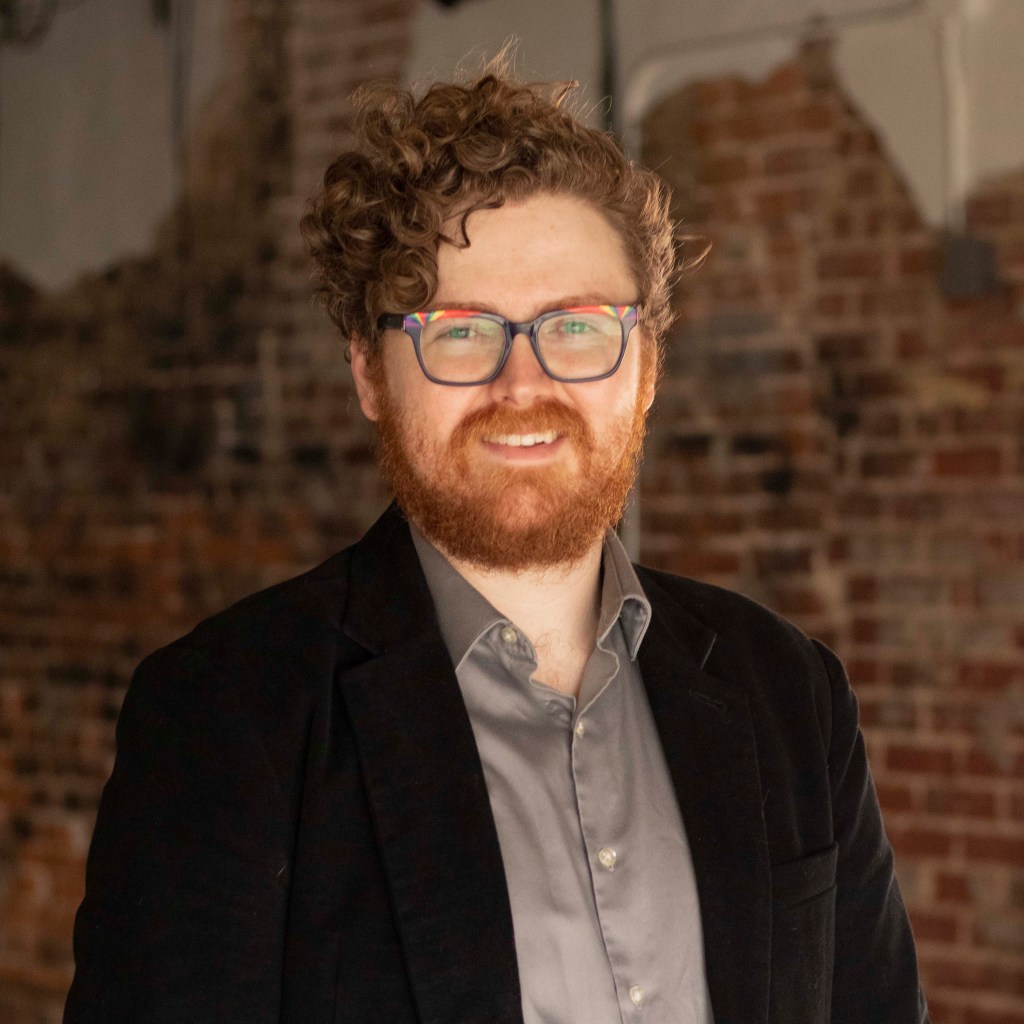